I guess its time to start strapping him down :) 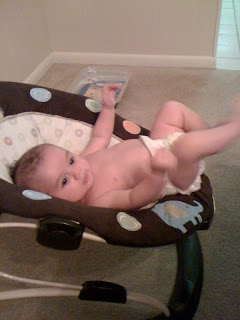 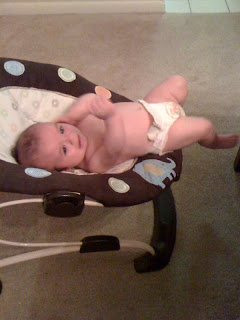 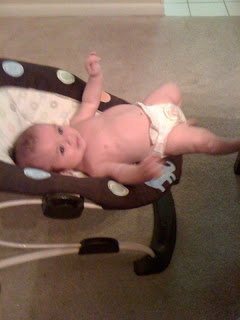 Yes I sat and watched him attempt to wiggle his way out.

{No baby was harmed in the making of this blog.}

Posted by The Oxford Family at 1:47 AM 3 comments: 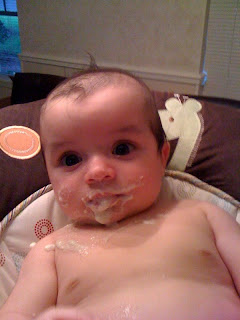 Sawyer chews! Ok, well more like gums. He had his first rice cereal and loved it! I am fairly certain he gets more on his face and clothes than in his belly but practice makes perfect!

If I talk to you regularly you probably know the kids had the swine flu. Yes my babies are those children that people treated like they had the plague. Karly clearly had the flu and after 3 days of not getting better we took her to the doctor concerned about dehydration. He actually diagnosed her with pneumonia and wasn’t at all concerned with the flu symptoms. A day or two later Chris took Karly back (because she was still sick) with Sawyer in tow. The tested Karly and sure enough she had the swine! They didn’t test Sawyer but assume he had it as well. He never vomited but had the fever, sweats and cough. He also had an ear infection! Seriously I felt horrible! How could I not notice they were so sick?!?! In all honestly other than the flu symptoms I never would have guessed it. They both seemed fine otherwise. Needless to say Karly got a week off in between schools. They are both on the mend and back in full swing! 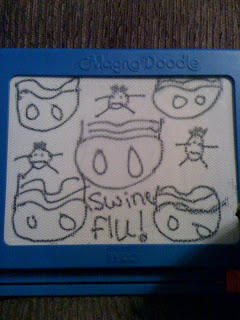 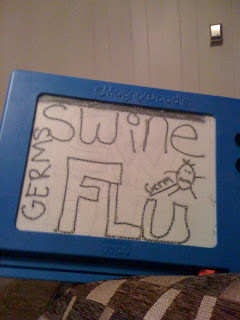 Yes she taped their noses up like a pig...obviously she was feeling better :) 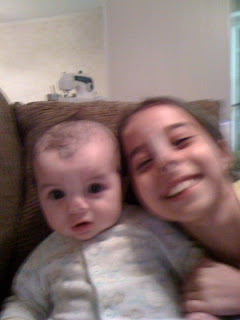 for you hookers out there!

Widgets for Etsy Sellers
Powered By

Take a blog button with you!

The Oxford Family
Welcome! I hope you all enjoy your little glimpse into our world!